Be honest with yourself, you’re a MOVIE GEEK.

How do I know? Well, you’re visiting a blog you don’t regularly frequent so you can check out questions just so that you can take part in a weekly online chat with a group of people, most of which you’ve never met before, about a given film topic.
At school I was unkindly labelled a GEEK due to my slightly eccentric take on the world around me and my over enthusiastic, slightly obsessive, approach to certain non-mainstream interests.
Now I’m all grown up the term GEEK is a badge of honour, it’s cool to let your GEEK flag fly and there’s no prouder bunch than the MOVIE GEEKS. 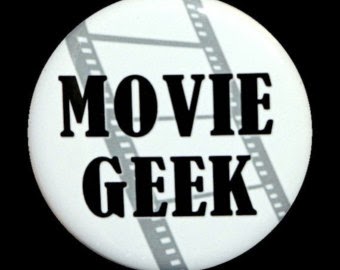 So, this week’s #MTOS is all about sharing what makes you as a MOVIE GEEK tick, here are the ten questions for this week’s ‘Movie Talk On Sunday’;

Q1. How do people know that you’re a MOVIE GEEK? #MTOS

Q3. Stars, out of ten, grades … Do you rate the films you watch? What’s your system? #MTOS

Q4. What’s the current state of your movie collection? If you can, share some photos of it #MTOS

Q5. What’s the most number of films you’ve watched in one day? Can you remember what they were? #MTOS

Q6. What has been your most momentous movie watching experience? #MTOS

Q7. What’s the greatest length you’ve gone to in order to celebrate your love of a movie / cinema in general? #MTOS

Q8. You’ve been asked to appear on ‘Movie Mastermind’, what’s your chosen specialist subject and how would you perform? #MTOS

Q9. What line from a movie do you use most often in everyday conversation? #MTOS

Q10. What’s your best kept ‘movie secret’ that as fellow MOVIE GEEKS we deserve to hear about? #MTOS

I will post a question every 10 minutes starting at 20:00 GMT on Sunday, 3rd of August. Make sure you are following me on Twitter @TGP73 and answer your questions with an “A” and question number and add the #MTOS hashtag at the end.

A1. On first meeting me by tee-shirt, on getting to know me by the fact I can’t discuss TV and on visiting my house by the collection #MTOS
Then just do a search on #MTOS and follow along the fun and hijinx. Feel free to RT (Retweet) the answers you like or agree with and reply to any answers you wish. Debates are encouraged but please ensure they are of the civilized kind. It’s all about having fun and sharing your thoughts with fellow MOVIE GEEKS like yourself. Also feel free to invite your followers along and post a link to this page so you can all get your answers ready.

The best answer to Q7 as decided by the host will win a Smartphone Projector as seen here… http://www.youtube.com/watch?v=Ze3Wgi-imlw
See you at 8p.m. GMT on Sunday the 3rd of August 2014.