#MTOS BACK TO SCHOOL
The first Sunday in January, a day all children dread and all parents have been waiting for since Boxing Day, tomorrow is the start of a new term and time to go… 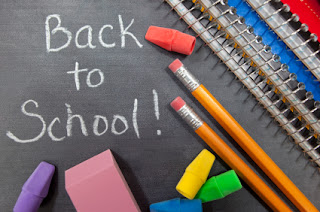 School, whether you loved it or hated it we all spent a significant portion of our lives there, some of us more than others … after eighteen years being educated, I’ve now spent seventeen more years in school educating others. Cinema loves revisiting school days and this can be a joyous reminder or a painful flashback. What do you think about how the school experience is represented on the big screen?

Here are the ten questions for this week’s ‘Movie Talk On Sunday’;

Q1. Which educational establishment in film do you wish you could attend and why? #MTOS

Q2. Who’s the coolest teacher in the movies? #MTOS

Q3. Which cinematical school bully would you least like terrorising your school days? #MTOS

Q4. Jocks, nerds, preps, there was a group for everyone at school, which school clique in film would you join? #MTOS

Q5. Which would be the worst cinematical school to send your kids to? #MTOS

Q6. At some point during school you were probably ’hot for teacher’, which filmic educator would you give your apple to? #MTOS

Q7. Which cinematical student would you take to the #MTOS school prom?

Q8. Which film best reminds you of your own days at school? #MTOS

Q9. Which movie school sports team would you like to be a member of? #MTOS

Q10. I want to finance your movie about school, pitch me a title and cast your headmaster, school janitor, cheerleader & science geek #MTOS

I will post a question every 10 minutes starting at 20:00 GMT on Sunday, 6th of January. Make sure you are following me on Twitter @TGP73 and answer your questions with an “A” and question number and add the #MTOS hashtag at the end.


A1. Preston High School … any school where tether-ball is Phys.Ed, Tater tots are served & Pedro can make president will do for me! #MTOS

Then just do a search on #MTOS and follow along the fun and hijinx. Feel free to RT (Retweet) the answers you like or agree with and reply to any answers you wish. Debate is fine (you don’t have to put your hand up!) but please keep it civilised (detention for those that don’t). It’s all about having fun and sharing your thoughts with fellow movie lovers like yourself. Also feel free to invite your followers along and post a link to this page so you can all get your answers ready.

The best answer to Q10 as decided by the host will win the ‘Too Cool 4 School’ four movie DVD pack (movies are Napoleon Dynamite, Mean Girls, Clueless, Election). 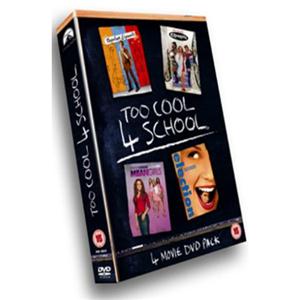 The following links may be useful in helping you prepare for this week’s theme;

As always #MTOS would like to thank the wonderful and generous staff of @hashtracking who compile the results of the previous weeks #MTOS.  Show them some love and spread the word about their amazing service. See the link below for the hashtracking results and script for the December 30th #MTOS featuring the topic of “Star Wars”.

Don’t Be Late …
Posted by TheGingerPrince at 09:04 No comments: