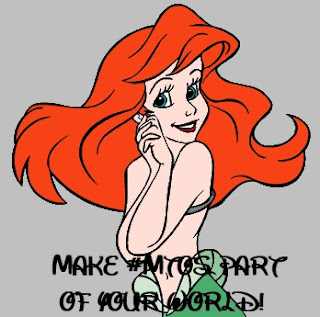 I thoroughly enjoyed my first experience of hosting Movie Talk On Sunday back in January 2012 and when given the opportunity to do it all again I jumped at the chance … this time I’m bringing a bit of magic into your Sunday night as I start a conversation about the Disney animated theatrical feature films. In 1937 Walt Disney Studios released its first feature-length animated film with Snow White and the Seven Dwarfs, fifty feature films later they’re still bringing a song, a dance and a smile into our lives. It’s hard to think of a group of animated films that have had more impact on modern cinema! If you’re a Disney fanatic (like my good lady wife) then this is the #MTOS you’ve been waiting for and even if you’re not a Mickey Mouse ear wearing Disney disciple you’ll have seen a good number of the 51 films and are sure to have opinions to bring to the Twitter table.
Here are the ten questions for this week’s ‘Movie Talk On Sunday’;

Q1. Of the 51 theatrical animated feature films produced or released by Disney, which is your favourite? Why? #MTOS

Q2. The first theatrical animated feature was released by Disney 75 years ago, to what do you attribute their longevity? #MTOS

Q3. Few can claim to have watched all of the theatrical animated Disney features, which film tops your ‘still to watch list’? #MTOS

Q4. There are countless colourful characters in the animated films of Disney, which are you most like?  #MTOS

Q5. It wouldn’t be a Disney animated feature without a sing-a-long, from toe tappers to tear jerkers … What’s your favourite song?  #MTOS

Q6. Most Disney animated films can be simplified as a tale of good vs. evil, who do you side with … wicked witch or charming prince? #MTOS

Q7. Which voice actor gives the best performance in which of the 51 theatrical animated feature films produced or released by Disney? #MTOS

Q8. Disney has successfully turned some of its theatrical animated features into stage musicals, which should they do next? #MTOS

Q9. Should Disney be moving away from hand-drawn animation in favour of CGI as they did with ‘Bolt’ & ‘Tangled’? #MTOS

Q10. Are Disney the undisputed kings of animated feature films or does another studio do it better? #MTOS
I will post a question every 10 minutes starting at 20:00 GMT on Sunday, 22nd of July. Make sure you are following me on Twitter @TGP73 and answer your questions with an “A” and question number and add the #MTOS hashtag at the end.

A1. Beauty and the Beast ... a tale as old as time updated into a film worthy of an academy award for best picture #MTOS

Then just do a search on #MTOS and follow along the fun and hijinx. Feel free to RT (Retweet) the answers you like or agree with and reply to any answers you wish. Debate is fine (in fact it’s a bare necessity) but please keep it civilised (bare your ambitions but not your teeth). It’s all about having fun and sharing your thoughts with fellow movie lovers like yourself. Also feel free to invite your followers along and post a link to this page so you can all get your answers ready.

As always #MTOS would like to thank the wonderful and generous staff of @hashtracking who compile the results of the previous weeks #MTOS.  Show them some love and spread the word about their amazing service. See the link below for the hashtracking results and script for the July 15th #MTOS featuring the topic of “The Carry On Films”.
http://beta.hashtracking.com/ht-pro-rpt/cjeffers-mtos-2012-07-15/

Movie Talk On Sunday is an awesome Twitter initiative created by film-fans @askimrach & @raghavmodi with the aim of getting the Twitter Film Community together at a specific time for one day each week to discuss various film related topics. #MTOS is about having fun, making friends who are into films and learning about different aspects of movies. There are ten questions on the weeks topic, one every 10 minutes starting at 20:00 GMT every Sunday evening. All the questions and subsequent answers/discussions, by you, should simply be followed by #MTOS. In your Twitter "search" you can type in #MTOS and follow what everyone is saying. Each week’s Movie Talk On Sunday has a different host, it’s best to follow them on Twitter so that week’s questions appear in your Twitter feed. The weekly host will also post the questions on their blog the week before and everyone is asked to post tweets related to the topic of the week throughout the week with the hashtag (#MTOS) so that everyone can simply search #MTOS at any time and read interesting write-ups before the actual event that Sunday.
On Sunday the 22nd of July 2012 the Movie Talk On Sunday theme will be DISNEY ANIMATED FEATURE FILMS! It will be hosted by Steve ‘The GingerPrince’ Nixon. To take part in this fun chat about the Disney films follow Steve on Twitter, he’s @TGP73, read the ten questions available on his blog http://itsalwaysbeenatrap.blogspot.com/ from midday on Tuesday, 17th of July, 2012 and then virtually turn up at 8p.m. GMT on Sunday the 22nd of July 2012.
Be Our Guest…
Posted by TheGingerPrince at 03:08 No comments: