I have thoroughly enjoyed all five times that I have hosted Movie Talk On Sunday and when given the opportunity to do it all again with the last #MTOS of 2013 I jumped at the chance … but what topic to generate discussion on this time? I always say stick to what you know and those of you out there who know me, know I’m a science educator by trade, so this Sunday night I’m going to start a conversation about Science and Technology: Fact & Fiction.

Here are the ten questions for this week’s ‘Movie Talk On Sunday’;

Q1. Do you prefer your cinematic science & technology to be grounded in reality or fantastically fictional? #MTOS Give an example!

Q3. On the scale of 'totally inhuman' to 'just like us' where do you like your movie robots? #MTOS

Q4. Which cinematic robot is your favourite and why? #MTOS

Q5. Which single piece of technology / gadget in a movie is the best and why? #MTOS

Q6. Putting computers in films has always been a dangerously trendy thing to do, which movies got it right and which got it all wrong? #MTOS

Q7. Who's your favourite movie scientist and why? #MTOS

Q9. Does real life science & technology inspire cinema or is it the other way around? #MTOS

Q10. Pitch me a film that uses either a real life scientific concept or a robot... MTOS


I will post a question every 10 minutes starting at 20:00 GMT on Sunday, 29th of December. Make sure you are following me on Twitter @TGP73 and answer your questions with an “A” and question number and add the #MTOS hashtag at the end.

A1. I prefer my movie science wrapped in flight of fancy, e.g. I love what Upstream Colour did with the idea of organism’s life cycles #MTOS


Then just do a search on #MTOS and follow along the fun and hijinx. Feel free to RT (Retweet) the answers you like or agree with and reply to any answers you wish. Debate is fine but please keep it civilised. It’s all about having fun and sharing your thoughts with fellow movie lovers like yourself. Also feel free to invite your followers along and post a link to this page so you can all get your answers ready. 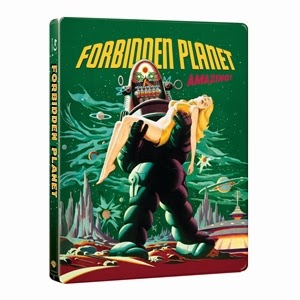 The following links may be useful in helping you prepare for this week’s theme;

“Somewhere, something incredible is waiting to be known…”
Posted by TheGingerPrince at 03:59